SSSSSH – I’M CHEATING ON MY PARTNER!

With the controversy of the leaked data from the online dating site Ashley Madison, I thought I’d pull up my blog on cheating from the archives & give it a little revamp.

For those living under a rock the Ashley Madison dating site, was specifically created to target people in relationships to have affairs “with ease”. The site has had a staggering 1.24 million visits in one month alone. It has 39 million members over 46 countries – now that is a hell of a lot of cheating!!

Cheating is not new, nor is cheating online. There are a huge amount of adult dating sites and quite often there are married people on these sites. Sometimes they have that in their profile, sometimes they don’t.


It is estimated that 15-20 % of men or women are having sex, no more than 10 times in a year, which is what is now being defined by “experts” as a sexless marriage.

So you would think then that could be a reason for affairs, because there is no sex in their relationships. However there are a myriad of reasons why people have affairs and cheat and lack of sex is not the only reason.

NOTHING IS WHAT IT SEEMS

I did a survey last year and the answers I received were surprisingly different as they were varied.

The most obvious answers indicated that people thought the reasons were due to being unhappy in the relationship or not having sex. However that was far from the truth! Whilst some men & women concurred, that this was the case, there certainly was no consistency as to why it was occurring. Some were happy in their relationships and had lots of sex with their partner, yet were seeking other partners to satisfy other needs which weren’t known at the time. Others had a brief affair when they realised that their relationship was over.

Others had been in an abusive relationship and this was a form of escape. Also quite a few women didn’t listen to their intuition which in itself was a great lesson to them. Sometimes beginning an affair was a wakeup call that the relationship was over.

Nothing is guaranteed in life however some good starting points to not seeking an affair or having one, would be to build a strong relationship through communication and connection. Once that’s established you can build your intimacy, take it to deeper places and ensure you are having a great sexual connection as well. Often relationships lose their spark, so it’s important to not take things for granted.

If you work for someone or are in your own business, you have reviews and check lists to see that you are on target, whereas in relationships, you meet, fall in love and expect it to be the happy every after, with no input and just expect the relationship to rock on in the same way for the next 10, 20, 30 years.

THAT’S NOT THE REALITY

Too many times I see people who are craving intimacy and connection, yet they have stopped communicating with their partner. Wouldn’t it be fantastic if it didn’t have to get to that point. To be able to speak your truth about what is going on for you without judgement from your partner. To be honest firstly with yourself and then your partner about everything. That would make a strong relationship from which you can build so many more layers on. Too many times things are not said, for so many reasons, that you don’t want to upset the other person, or get into a complicated discussion and sometimes you don’t want to be really honest with yourself and your partner and not face the reality of what is really going on for yourself. When this happens the barriers and walls are starting to go up even on an energetic level.

These are the alarming statistics on infidelity: 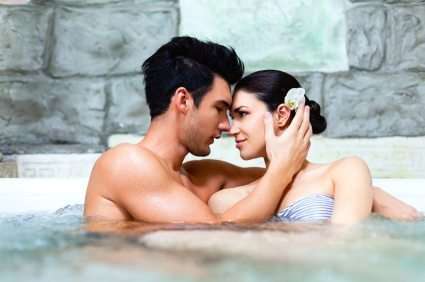 Let’s face it, the majority of us didn’t receive much of an education on relationships, let alone how to be a good partner and lover and most people have just muddled their way along.

If you don’t want to fall into that category then don’t allow your relationship to just drift along, take action and become proactive. Learn new skills in communicating, intimacy & how you can become an even better lover!

This site uses Akismet to reduce spam. Learn how your comment data is processed.